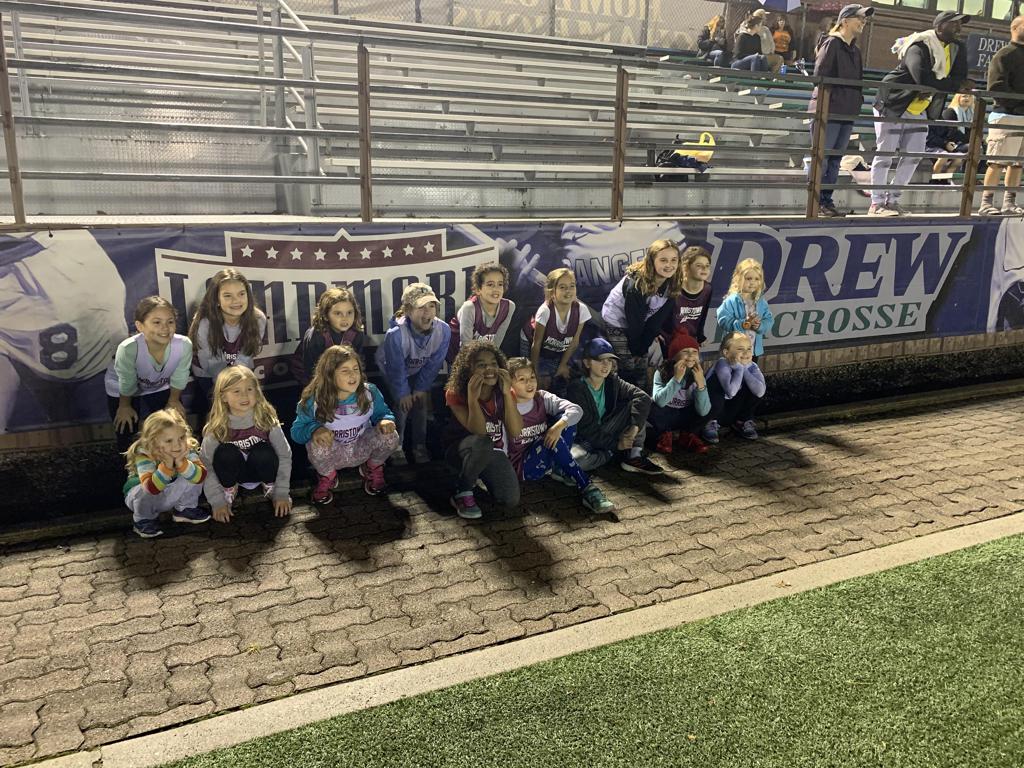 The mission of the Colonial Junior Field hockey Club, Inc is to promote field hockey among youth participants in the Greater Morristown Area, primarily, Morristown, Morris Township, and Morris Plains, and to develop field hockey players who wish to continue to play the sport at a progressively competitive traveling team level. Our primary goal is to develop skillful, smart and complete field hockey players and for which we expect will lead to successful competition results. While we realize winning is fun and everyone likes to win, there is no level in our program where winning is our primary goal.

2nd - 4th Grade Levels: This level of field hockey is designed to provide formal introduction of field hockey and its various rules, terminology, field positions, etc. The primary focus is on stickwork skills, passing and catching, dodging and development of a sound fundamental base for future progress. Winning is de-emphasized and our goal is for the kids to have a lot of fun and really begin to love the game.

5Th- 6Th Grade Level: This level of field hockey is designed to increase overall stickwork skills especially off hand play. More physical contact is introduced at this level and fitness becomes and important factor, players are moved to various positions and there is more focus on concepts such as man-ball, ball movement, moving without the ball etc. Even though competition becomes more important at this level, winning is still de-emphasized and overall fun, skill development and decision making remains the primary goal.

7th-8th Grade Level:  This level of field hockey continues to reinforce stickwork development; however the teamwork and game concepts are stressed more than individual development. The game becomes more physical at this level and athleticism, aggressiveness and desire become more important as development occurs. Position development and skills are emphasized. While fun, skill enhancement, and decision making remain the primary focus, competition and team goals are emphasized in the development of complete field hockey players. 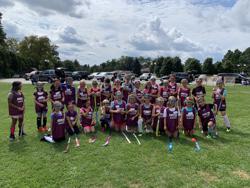 Field Hockey has a rich history in Morristown, Township and Morris Plains.  Both Middle School and High School programs have seen a huge amount of success for many years.  Which makes it surprising that a youth program had not existed in town for most of those years.

In 2018 a group of parents banded together  to create the Junior Colonial Field Hockey Club.  In the fall of 2019 they had their first registration and saw more than 30 girls in grades 2-4 register.  The fall 2019 season saw a huge amount of fun and enthusiasm by both the Players and Coaches!  They competed against other towns in the 2 play dates, one of which they hosted.  They look to continue to grow in by adding a 5th/6th grade team in 2020

For those involved in the Junior Colonials program as a parent, coach, or player, a code of conduct will be outlined. The Junior Colonials will encourage good sportsmanship and fair play. Each Junior Colonials coach will be totally responsible for the conduct of himself, his players and his respective spectators. Absolutely no abusive or vulgar language will be tolerated and could result in team penalties. Un-sportsmanlike conduct or disrespect for the referees will not be tolerated as well. Both players and coaches will refrain at all times, from abusive and unwarranted disruptions.

At all times, players, coaches and parents must represent the club in a positive manner whether at a club sponsored event or not.  As an individual your actions could have negative repercussions for the club.  This conduct also applies away from the field in the community at large, especially while wearing Junior Colonial apparel.  If conduct deemed detrimental to the club is observed, the club and its board will levy sanctions depending on its severity.

It is essential that players show respect to their coaches and that league officials show decency and consideration for their players.

It is imperative that parents, at all times, conduct themselves in a proper manner. Swearing, harassment or unwarranted physical contact will not be permitted or tolerated. In the event conduct is not acceptable, the Board of Directors may take disciplinary action which may include suspension from the program. No coach or spectator shall at any time use signs, gestures, degrading personal comments, or any act, which will reflect unfavorably upon opposing coaches, players or spectators. The Junior Colonials encourages and requires good sportsmanship and respect from all its participants. The Junior Colonials will enforce this policy to the maximum.

- Be reasonable in your demands on the young players' time, energy, enthusiasm and their performance on the field

- Develop team respect for the ability of opponents, and for the judgment of referees and opposing coaches

-Ensure that your players' experience is one fun and enjoyment (winning is only part of it). Players should never be yelled at or ridiculed for making mistakes or losing a game.

- Set a good example and be generous with your praise when it is deserved. Children need a coach that they can respect.

-Enlist the support of your team's parents in your efforts to develop the proper attitudes and values in the players.

- Do not force an unwilling child to participate in sports.

- Remember that children are involved in organized sports for their enjoyment, not yours.

- Teach your child that hard work and an honest effort are often more important than a victory.

- Help your child work toward skill improvement and good sportsmanship in every game. Your child will then be a winner, even in defeat.

- Do not ridicule your child for making a mistake or losing a game.

- Applaud good plays by your team and by members of the opposing team.

- Do not publicly question referee judgment.

- Recognize the value and importance of volunteer coaches, referees, and officials and give them their due respect. Without them, there would not be the Junior Colonials.

- Support all efforts to remove verbal and physical abuse from youth sporting activities.

- Play for the fun of it, not just to please your parents or coach.

- Play by the rules.

- Never argue with or complain about the referee calls or decisions.

- Control your temper and most of all; resist the temptation to retaliate when you feel you have been wronged.

- Concentrate on playing lacrosse and on affecting the outcome of the game with your best effort.

- Be a good sport by cheering all good plays, whether it is your teams or your opponent's.

- Remember that the goals of the game are to have fun, improve skills and feel good. Don't be a "showoff".

- Cooperate with your coaches, teammates, opponents and referees.